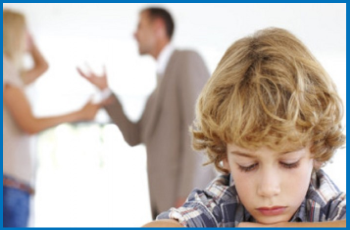 You may represent yourself in a divorce, if you choose. It is not permissible in Rhode Island for an attorney to represent both parties in a divorce. Therefore, it is common for one party to represent themselves “pro se” and the other party to be represented by an attorney in cases where there is no contest and the issues are relatively simple. With at least one attorney involved, the parties are reasonably assured of obtaining their divorce without running into problems because the correct forms were not filed or the required information was not presented to the judge. However, if the parties do not wish to retain an attorney at all, our office provides a Divorce Document Preparation Service.
Grounds

In Rhode Island, most divorces are granted on the grounds of irreconcilable differences. Irreconcilable differences can encompass all sorts of differences that may cause a breakdown of the marriage which is beyond repair. The other most common grounds for divorce are adultery, abuse and substance abuse. In order to obtain a divorce in Rhode Island, you or your spouse must have resided in the state for at least one year. There are exceptions to this rule, for instance, in the case where one party is in the military, but lived in Rhode Island before they enlisted.

Marital assets and debts are supposed to divided equally, absent wrongdoing on the part of one of the spouses. (There are other considerations, as well, such as the length of the marriage) Marital assets and marital debts consist of property or debts acquired during the marriage, or acquired before the marriage, but given as a “gift” to the marriage by one spouse by placing the title of the property in the names of both spouses, or transferring it into the name of the other spouse.

In addition, an increase in the value of the property (e.g., real estate, pensions plans, etc.) that was owned by one spouse before the marriage is a marital asset. For example, if a husband owned a house before his marriage that was worth $100,000.00 at the time of the marriage, and its value increased to $150,000.00 by the time of the divorce, the $50,000.00 increase in value would be considered a marital estate and the wife would be entitled to $25,000.00, absent other factors. One must not rely upon whose name a property stands in to determine whether or not that property belongs to the marriage or the individual.

In Rhode Island, alimony is generally rehabilitative. This means that it may be granted to a spouse for a short, definite period of time, to a spouse who has been out of the job market to give the receiving spouse time to get the education or job training to get back into the job market. In some cases, the court may grant alimony for an indefinite period due to the age or health condition of the spouse, or some times even due to the malevolent behavior of the other spouse.

It is usual, in Rhode Island, for a couple to receive joint custody of their children, with physical placement with one of the parents, and some form of visitation with the other. Joint custody allows each parent a say in the upbringing of the children. It also allows each parent the authority, for instance, to authorize an emergency medical procedure, if necessary. It is possible, depending on the fitness of the parents, that sole custody may be awarded to one parent and no visitation, or modified visitation to the other. The issues of visitation and custody remain within the jurisdiction of the court even after a divorce, and the terms may be changed if the circumstances change.

The parent with the physical placement of the child or children must receive child support. This is not a right that may be waived by the spouse with placement, since child support is intended for the benefit of the child. Child support is calculated by a formula. The formula uses the gross incomes of the parties, with some mandatory (e.g., child related health insurance) and discretionary (day care costs) adjustments. The issue of child support also remains with the court and may change if circumstances change.

An “uncontested” hearing for divorce is one in which the parties are in agreement as to the terms of the divorce. The parties, together with one or two witnesses, testify at the hearing. Usually, each party is examined by their own attorney only, and the attorney asks them leading questions with the intention of eliciting the parties’ agreement through testimony. Two witnesses need to testify that at least one of the parties lived in Rhode Island for at least one year prior to when the complaint for divorce was filed. One witness needs to testify that they were aware of the fact that there were problems with the marriage. Often, the judge will allow one of the parties to testify as one of the witnesses, so it is only necessary to have one witness testify other than the parties themselves. However, judges often do not require the testimony of anyone other than the parties themselves. While the parties may have to wait as long as a few hours for their case to be heard, the actual hearing may take only five to thirty minutes depending on its complexity.

A “contested” hearing for divorce occurs when the parties have at least one issue that they cannot resolve themselves, and it becomes necessary for the court to make the decision. This hearing will be much more formal, may require many more witnesses, and may take anywhere from a half an hour to several weeks, even months.

Just because you may have an uncontested hearing, doesn’t necessarily mean that your divorce was uncontested. You may have had contested hearings for temporary orders pertaining to visitation, custody, contempt, etc., before you actually have your “uncontested” hearing. Therefore, if your fee agreement with your attorney (which should always be in writing) is dependant on whether or not your divorce is uncontested, be certain that you and your attorney are operating under the same definition of “uncontested.”

The Hearing and Decree

Whether a couple has a contested divorce or uncontested divorce, there must be a hearing or trial for the divorce to eventually become final. It is not possible for a couple to “just sign papers” to obtain a divorce in Rhode Island.

If the case is contested, the case will be heard when the parties agree that the matter is ready for trial, or a court orders that the matter be set for trial. However, all matters are initially scheduled for an uncontested hearing within 90 days after the complaint for divorce is filed in the hopes that the matter can be resolved without a trial. After the hearing or trial, an Interlocutory (temporary) Decree is filed with the court which sets forth the findings of fact that the judge made, and the decision. After 90 days (with some exceptions) the Final Decree may be entered. The couple remains married until the Final Decree is entered.